How is Raw Honey Different than Regular Honey?What is raw honey good for?

What is unfiltered honey?

What is the Best Raw Honey?

What is the best raw honey to buy?

What is the shelf life of raw honey?

According to the National Honey Board there is no concrete definition for the term “raw honey.”  However recently the state of Utah passed HB148 that requires that honey produced, packed, repacked, distributed, or sold in this state may only be labeled as raw honey if meets the definition of raw honey described as follows:

“Raw Honey” means honey as it exists in the beehive or as obtained by extraction, settling, or straining; and that has not been heated above 118 degrees Fahrenheit during production or storage; or pasteurized.

As a beekeeper and connoisseur of fine honey I personally believe that honey cannot be considered raw if it has been heated over 105 degrees.

"Raw Honey means honey as it exists in the beehive..." 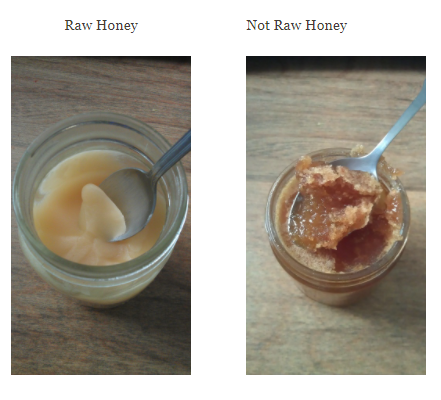 Heating honey over 105 degrees fundamentally changes the consistency of the honey. You can often tell whether honey is raw or not by the texture of the crystals when crystallized. However this isn’t always the case as each varietal honey has a different crystal size.

From my observation honey with lower water content has a coarser crystal. When analyzing whether your honey is raw or not based on crystal structure, remember that raw honey has a much finer crystal than the honey has been heated, filtered and pasteurized.

Heating the honey past 105 changes not only the texture but also the taste of the honey. Raw honey is often creamy and smooth with little to no aftertaste. Pasteurized honey (burned honey) has a noticeable smokey aftertaste.  I’m not sure quite how to explain it but if you have had the pleasure of enjoying raw honey frequently, you’ll immediately notice the distinctly burned taste.

✔️More Visually Appealing to Uneducated Consumers(The honey is heated and filtered to remove pollen, crystals, etc)
✔️Easier to Use (The honey is heated to retard granulation and sugaring keeping it liquid longer)
✔️Won’t Ferment (the yeast is killed in the pasteurization process)

❌Most of the Health Benefits have been nullified as a result of the pasteurization and filtration process.
❌Enzymes damaged
❌Yeast killed
❌Aroma and Taste Altered
❌Large Crunchy Crystals (produced because all the finer starter crystals were dissolved in the heating process.  You might as well through it away at this point and go buy more because it will never be the same again)